The Huntington Hospital (“Huntington”) and Cedars-Sinai Health System (“Cedars-Sinai”) transaction provides an interesting case-study of the current state of antitrust enforcement against cross-market hospital mergers. While the federal regulators did not issue a second request in this matter, the California Attorney General’s Office (“AG”) imposed several conditions including price caps, separate negotiation teams, and mandatory arbitration when negotiations with payors fail. Huntington and Cedars-Sinai filed a lawsuit challenging these conditions.

The AG imposed the conditions based on a cross-market analysis which found that the parties are not head-to-head competitors in the same geographic market, but that they have market power in their respective markets. The AG’s economic analysis also relied on certain “plus-factors” to determine that cross-market competitive harm was likely, including payor concerns, the presence of large-employer customers whose members desire the inclusion of both parties in their provider networks, and high prices of one party relative to the other. In the AG’s view, the absence of a price increase subsequent to a previous cross-market transaction by Cedars-Sinai did not illuminate likely effects in the present case.

The AG’s reliance on “plus-factors” alone lacks economic rigor. The nascent economic literature on cross-market mergers recognizes that for competitively harmful cross-market effects to arise, at a minimum the parties need to be in separate markets, possess market power, and satisfy the “concavity” condition. The “concavity” condition requires the negotiating health plan to suffer a larger decline in the quality of its network when both parties are left out of the network simultaneously than the sum of the quality reductions with each hospital excluded individually.

The establishment of careful screens, consistent with the economic literature, would provide a more rigorous framework for analyzing cross-market mergers. These screens could rule out cross-market pricing concerns when (1) a properly conducted SSNIP test establishes that the hospitals are in the same geographic market, i.e., any harm could only arise in the context of a traditional horizontal transaction; (2) neither of the merging parties possesses market power, for example, because both can easily be replaced in health-plan networks; (3) the parties provide largely non-overlapping products (hospital services) and are complementary to one another in payors’ networks, and (4) common customers can readily protect themselves against cross-market price increases by purchasing separate single-market provider networks, for example, by slicing their accounts across multiple insurers with distinct networks in each geographic market. 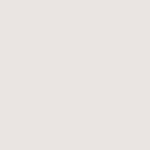 See all past issues