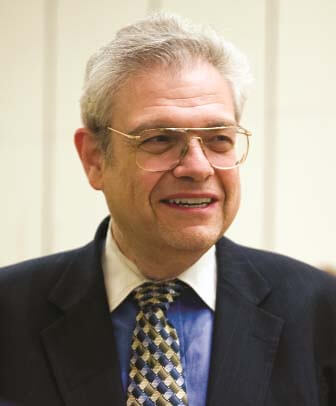 Chester Spatt is the Pamela R. and Kenneth B. Dunn Professor of Finance at the Tepper School of Business at Carnegie Mellon University, where he has taught since 1979. He served as Chief Economist of the U.S. Securities and Exchange Commission and Director of its Office of Economic Analysis from July 2004 through July 2007. He earned his Ph.D. in economics from the University of Pennsylvania and received his undergraduate degree from Princeton University.

Professor Spatt is a well-known scholar studying financial economics with broad interests in financial markets.  He has analyzed extensively market structure, pricing and valuation, and the impact of information in the marketplace.  For example, he has been a leading expert on the design of security markets in various settings, mortgage valuation, and taxation and investment strategy. His co-authored 2004 paper in the Journal of Finance on asset location won TIAA-CREF’s Paul Samuelson Award for the Best Publication on Lifelong Financial Security. He has served as Executive Editor and one of the founding editors of the Review of Financial Studies, President and a member of the Founding Committee of the Society for Financial Studies, President of the Western Finance Association, and is currently an Associate Editor of several finance journals. He also is currently a member of the Federal Reserve’s Model Validation Council, a Research Associate of the National Bureau of Economic Research, Senior Economic Adviser to Kalorama Partners, a Member of the Shadow Financial Regulatory Committee as well as the Financial Economists Roundtable and a Fellow of the TIAA—CREF Institute.