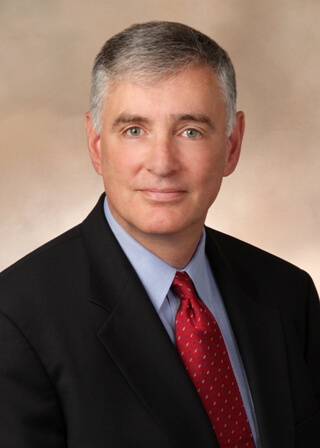 Dean Furbush has had an extensive career as a student and practitioner in the financial services industry. His career has spanned academia, government, financial institutions, and consulting with Economists Incorporated.

Dr. Furbush was Chief Economist at the Nasdaq Stock Market, and then Executive Vice President of Nasdaq Transaction Services. As such, he played a key role in Nasdaq’s evolution from one-eighth of a dollar pricing to decimalization, and he was a key strategic executive with the market during a period of explosive growth and intense competition. As Executive Vice President of Nasdaq Transaction Services, Dr. Furbush had executive oversight and authority over the entire exchange. Prior to joining Nasdaq, Dr. Furbush served as Economic Advisor to the Chairman of the Commodity Futures Trading Commission and as Financial Economist at the Securities and Exchange Commission. Dr. Furbush has held teaching positions at Virginia Polytechnic Institute and State University and at the University of Maryland. Before teaching, Dr. Furbush was a consultant and junior staff economist in President Ronald Reagan’s Council of Economic Advisers.

In addition to his experience studying, managing, and regulating the financial services industry, Dr. Furbush has significant executive experience in other types of organizations. Dr. Furbush was President of College Summit, a non-profit organization that increases college enrollment and college success for students in low-income high schools, by transforming high school culture. With proven success over many years, College Summit works with over 50,000 students across the United States. Prior to College Summit, Dr. Furbush worked as COO and then CEO of FreshDirect.

His wife, Helen, is a Commander in the U.S. Naval Reserves, returned from a one-year Iraq mobilization at the end of 2011, for which she was awarded the Bronze Star for her service to her country. They have four sensational children about whom they maintain perfect objectivity.