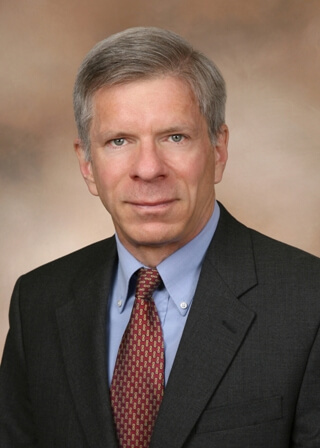 Dr. McFarland’s work as a consultant has included antitrust, communications regulation, transportation regulation, international trade, and the estimation of damages. In his work on antitrust issues, he has done competitive analyses of mergers and acquisitions and addressed questions of market definition, market power, and the likelihood of collusion. His work at Economists Incorporated has involved many different industries, for example, automobile parts, beverage cans, computer peripherals, computer software, electro-optical equipment, food, semiconductors, solid waste, steel, telecommunications, toys and railroads.  He has testified before regulatory commissions and in U.S. District Court.

Dr. McFarland joined Economists Incorporated in 1989. Before that he spent over eight years as an economist in the Antitrust Division of the U.S. Department of Justice. His work primarily involved competitive analyses of mergers and acquisitions, but he also worked on a wide variety of other economic issues. He was the lead or testifying economist in a large number of Division investigations. Dr. McFarland also spent over three years as an economist at the U.S. International Trade Commission. Dr. McFarland has published in several professional journals, including Review of Economics and Statistics, Journal of Business, Journal of Development Studies, Journal of Regulatory Economics, and the Antitrust Law Journal.